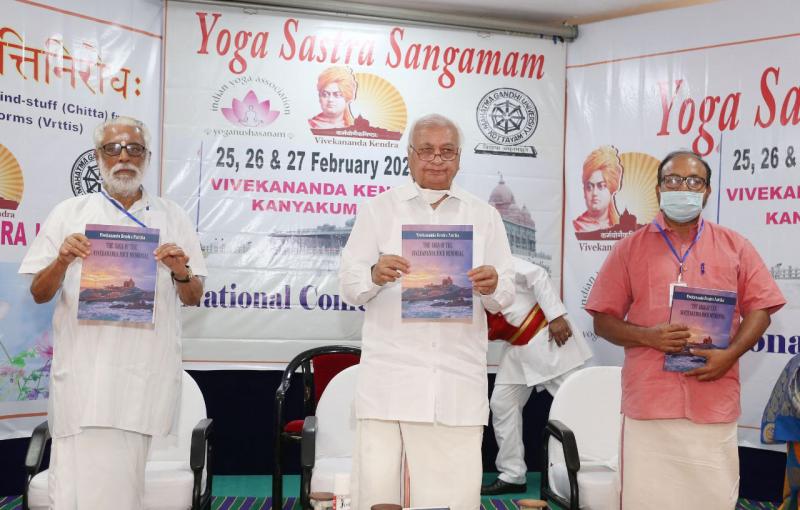 In all 216 delegates and 11 guests participated in the deliberations. The National Conference was organised with the collaboration of Centre for Yoga and Naturopathy, Mahatma Gandhi University, Kerala and supported by Indian Yoga Association. Dr Jayaraman Mahadevan of IndicA Yoga explained in four sessions the depth of Hatha Pradipika Text. His sessions were highly appreciated by one and all for the scholarly exposition of this important Yoga Sastra in detail. On 25th evening there was a grand cultural fete by the students of Vivekananda Kendra Vidyalaya, Kanyakumari.

The Yoga Sastra Sangamam was inaugurated by the Honourable Governor of Kerala Sri Arif Mohammed Khan. He in his inaugural address traced the roots of Yoga in Vedas, Upanishads, Astavakra Gita and the traditional texts. He summed up with the message of yoga to the modern age. Honourable Governor also released the ‘Conference Proceedings’ containing all the abstracts of the paper presentations and the Vivekananda Kendra Patrika titled ‘The Saga of Vivekananda Rock Memorial’.

Mananeeya Nivedita Bhide, Vice President, Vivekananda Kendra in her inspiring scholarly address explained the importance of Sastra and Science. She emphasised that yoga is the life based on the foundations of Dharma. 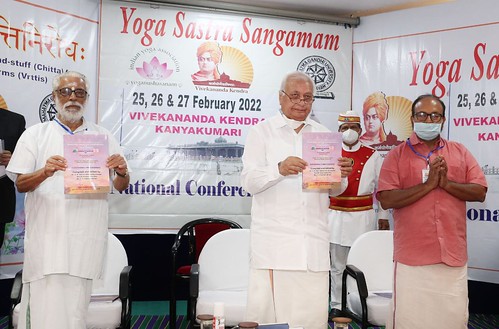 Centers : all over India